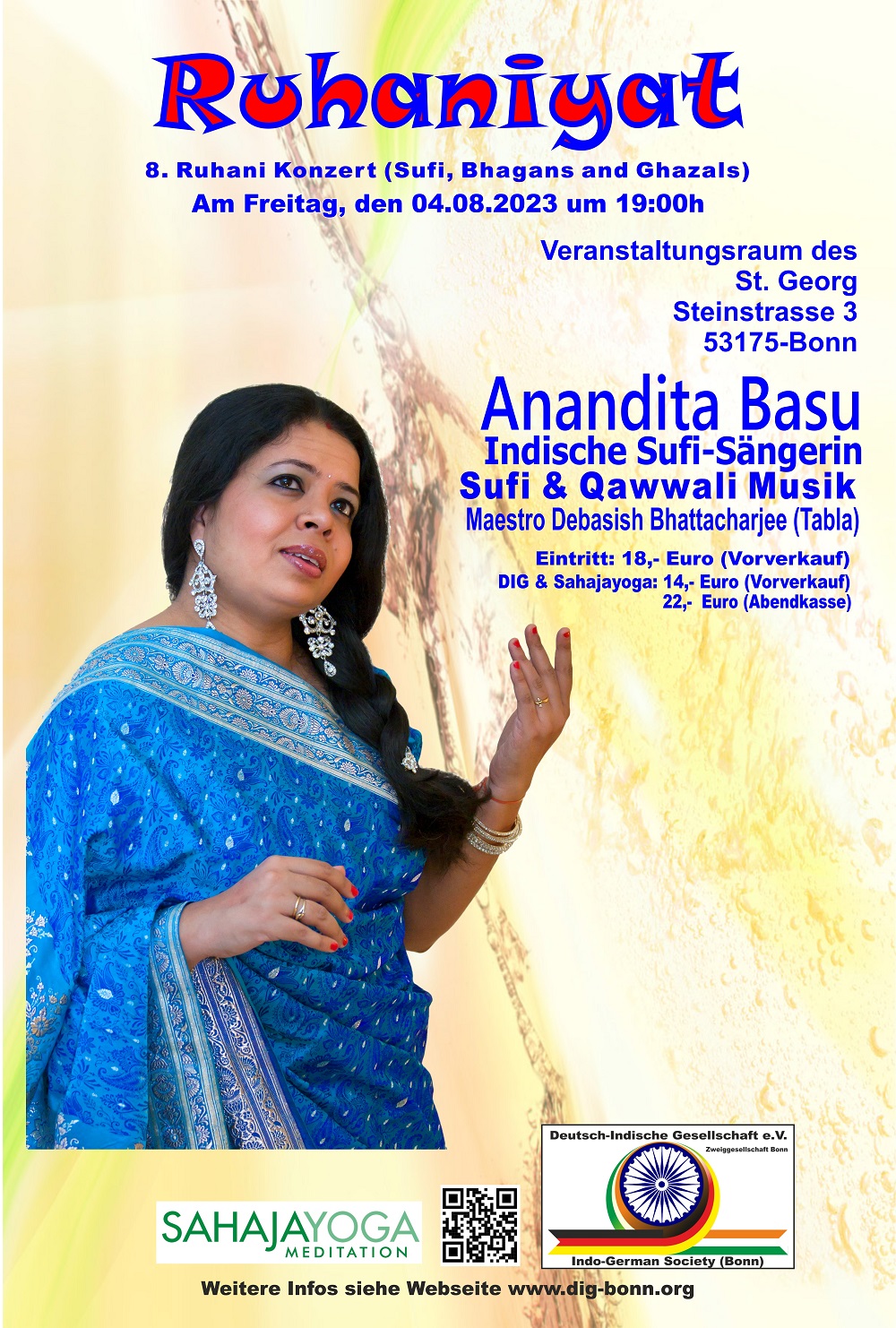 Anandita Basu, a recognised name in Sahaja music, Sufi and qawwali music from Kolkata, India, started to learn Indian Classical music at the age of 4 with her mother and Guru, Professor Anjana Basu.

Anandita has been a dedicated student, learning various art forms from great masters of dance, music and percussion. She holds a degree in sociology, and has received the Sangeet Prabhakar and Sangeet Visharad degrees in Music and Tabla, and upon completing her degrees she started working for different international institutions and organisations with the purpose of promoting Indian music and culture all over the world.

Her performances and recordings have been featured in many media and concerts, receiving great recognition for the uniqueness with which the complete peace and joy of self-connection is expressed while she sings.

She has been rewarded with Award of Sufi soul by the German Indian association in Germany, She has been also given special recognition by the Government of India for her contribution to Indian Art in Colombia.

Her CD’s, like Sufi soul, Manan, and Sargam, have been widely appreciated by the public in India and abroad. She has also worked in Fusion music with artists like, Miguel Czachowski, Kavita Krishnamurti, Juan Sebastián Monsalve and others, and recorded with very renowned bands like Indialucia, Curupira Trio, Soplo de Vida amongst others.

Anandita received her inner self realisation in 1989 with her guru Shri Mataji Nirmala Devi (the biggest master of peace) and has been under her spiritual guidance since then. She has toured the world since 2007 to bring self-realisation to mankind through her music, called Sahaja Sufi Music, the music of realised souls.

She worked as a professor of Indian music and dance at Javeriana University in Bogotá, Colombia, and is the founder and director of Foundation Kalakendra of India to promote Indian culture around the world.